Conching can be considered as the last process step in the manufacture of chocolate, regardless of whether it is dark or milk chocolate. It is very important for the formation of the final texture and taste aromatic properties of chocolate, in connection with what has been the subject of many experiments (trial and error) and scientific research, especially in recent times.

Konshmashina. The name of this machine was supposedly from the Latin word for "shell", and the traditional konshmashina really resembles an elongated shell in the form of a granite cup, over which heavy rolls are mounted on strong steel levers performing reciprocating movements. The shape of the edges of this cup is such that the chocolate mass, striking against them under the action of rollers, is transferred through the rolls back. 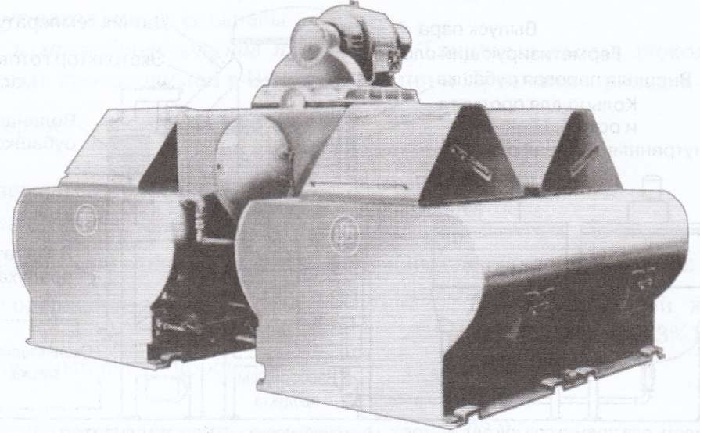 Although this device seems to be very ineffective in appearance, it makes it possible to form the desired taste-aromatic qualities of chocolate without excessive sharpness, which is characteristic of non-chilled chocolate. In a rectangular shaped conchmask, chocolate gradually turns into a liquid state. Since the masses come from the grinding rolls loose and lumpy, the yield states are achieved by adding cocoa butter or an emulsifier with prolonged mechanical stirring. Before the process of conciliation took a long time, was very laborious and required a lot of energy costs, and the process of loading and unloading the mass was very difficult. Nevertheless, chocolate manufacturers (including large ones) have been successfully using these machines for many years, but with an increase in the cost of raw materials and labor, it becomes necessary to improve them.

The first study revealed the dignity of what is now referred to as "dry conching". When the mill was stirred mechanically without added cocoa butter, moisture and volatiles are removed quickly, helping to increase strength. It soon became clear that in order to work on new technology in traditional konshmashiny not enough power, but the principle was adopted in spite of the bent levers, motors burned and worn bearings.

To improve performance konshmashiny equipped with mechanisms that convert shredded layered chocolate mass in a fluid paste even before entering the konshmashinu. For this purpose, the agitator similar to "mixing" described in the section above.

Roller konshmashiny have a similar structure, but vary greatly in size. At one of the large factories whole sections of small single roller machines have been installed with a capacity of about 130 kg bowls, arms with rollers that move very quickly. At the other plant was konshmashina double roller, which is slower, but the performance 10 t! Yet at the same factory used mnogovalkovuyu konshmashinu about 26 m long continuous mass flow.

Drum type drum mills. When looking for alternatives to rectangular rectangles, it became obvious that there was not enough power to handle the crusty chocolate mass coming from the mill.

First there were drum konoshmashiny. In them, the chocolate mass coming from the mill is first turned abruptly, and under the influence of wide kneading blades it is broken into small lumps. This is repeated several times, allowing moisture to evaporate and other volatile substances. At this stage of the process (with "dry conching") the mass gradually softens and sometimes turns into a fluid state. Sometimes, air blowing or forced ventilation of the inner parts of the horsehair is used, the air must pass over the chocolate mass and in no case through it.

At the end of the dry conching, the fluidity of the mass is increased by adding cocoa butter, and then the conching of the more fluid mass is carried out. The mixing speed increases - for example, in one of the machines, the chocolate mass is sprayed on the inside of the container, and in the other it is lifted with a screw through granite cone-shaped rollers, and then returned back.

A typical example of a percussion conchmachine It consists of a large capacity and three powerful kneading bodies that provide both cutting and mixing.

All konshmashiny equipped with heating / cooling jackets with thermostatic control and time and temperature recorders.

White chocolate. This product has experienced several peaks of popularity and has a distinctive taste; in addition, it has a short shelf life.

White chocolate — is a milk chocolate containing no cocoa solids particles and is prepared as well as milk, using instead of cocoa butter and cocoa liquor with sugar and milk powder. One of the ingredients may also be milk white nibs, which is obtained by the above technologies, but using cocoa butter instead of cocoa.

The soft white chocolate flavor / aroma of cocoa butter is valued more than in milk chocolate. To achieve its best deodorized cocoa butter or oil, lightly pressed from roasted cocoa beans. At the latest version of chocolate is best stored (the same applies to the white chocolate, made on the basis of dairy grits). White chocolate-based dairy grits as a result of caramelization may acquire a yellowish tint, but its taste is considered more enjoyable.

The distinctive features of white chocolate (the same applies to coatings without the addition of cocoa products ) is its susceptibility to oxidation in the light and the ability to absorb foreign flavors.

In conventional chocolate icing and due to the content of cocoa products are shown some protective properties. In order to ensure longer shelf life of white chocolate is wrapped tightly in aluminum foil. According to some experts, the white chocolate should not be called chocolate because it does not dry solids of cocoa beans. In order to avoid legal disputes such a product usually give the name of a commercial company.