The above-described techniques are applicable for production of both dark and milk chocolate, but in the latter case - only after inclusion of milk solids.

An important part of the production technology of milk chocolate is the choice of a method of making a milk ingredient. Milk chocolate contains almost no moisture (0,5-1,5%). The whole milk contains about 12,5% solids (including the grease), and that the milk solids are milk chocolate ingredient. To remove 87,5% water from the milk in order to extract the solids, there are several methods.

Powdered milk. Liquid milk is concentrated by evaporation under reduced pressure using equipment with maximum heat transfer (for example of a three-evaporator). Concentrated milk is dried to a powder by spray drying or drum via evaporators (methods and the quality of the milk powder will be discussed below). The resulting milk is used together with the cocoa nibs or chocolate liquor, sugar, cocoa butter, lecithin and flavors technology similar to that described above.

Chocolate Milk Grits. The technology of application of chocolate-milk grains has made a kind of revolution in the production of milk chocolate, the sales volumes of which have far exceeded the sales volumes of dark chocolate. In countries where milk powder is more often used, milk chocolate is less popular (perhaps due to the lack of saturated, creamy and partially caramelized taste obtained in the process of crumbling in some of its grades). It should be noted that gustatory habits in different countries are different, and even within the same country, the increased sweetness of milk chocolate can not be liked by all.

Due to the need for a sufficient amount of fresh milk large enterprises on manufacture of chocolate built their own milk processing plants in the rural areas of England and Wales, and then in Ireland, where there is an abundance of milk. These companies are essentially large milk processing plants with milk collection stations, which comply with strict hygiene and regular microbiological and other tests the condition and composition of the milk coming from farms. 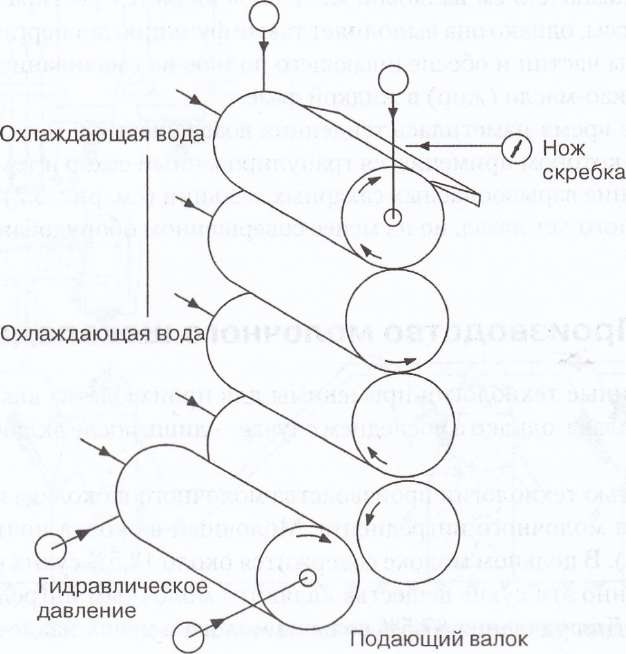 There are a large number of formulations and manufacturing techniques lactic grits, but they are all based on the same principle. Technology of chocolate and dairy grit associated with the Maillard reaction, which occurs in the interaction of milk protein and sugar and forming a special taste. This reaction is due to the interaction of three main factors: the duration, and temperature of water. Formation of a typical flavor / aroma is not possible without the presence of water, and the higher the temperature, the faster the reaction takes place.

Production of chocolate and milk semolina. Milk from the farm goes to milk- processing plant in cans or tankers and subjected to rigorous physico-chemical and microbiological analysis. The milk is then filtered, cooled to 4,5 ° C and pumped into temporary storage in a large sealed container made of stainless steel with a capacity of up to 15 LLC gallons

Concentration. After preheating (75 ° C) concentrated milk in a continuous unit to achieve a solids content 30-40%.

Thickening. After checking the content of solids add sugar to the recipe. On large installations it dosing is usually carried out using automated dispensers, and sugar-milk mixture fed to condensation, which is carried out in vacuum conditions at a rapid boil at a maximum temperature 75 ° C until, until a solids content of 90% . In this step, the sugar may exhibit signs of crystallization.

Mixing. Melanzher or other mixing equipment run by chocolate liquor (according to the recipe) and gradually add the milk mixture thickened of diabetes. As a result, the compound crystallized cocoa and condensed milk forms a thick mass, which crystallization proceeds during mixing, continuing 20-30 minutes.

Drying. The mass of the kneading machine is supplied on pallets, which are placed in the vacuum oven drying. The drying temperature is 75-105 ° C depending on whether the hot water or steam is used. The drying time is 4-8 hours. The mass can also be dried in a vacuum oven with an endless conveyor belt. Flavoring properties of chocolate and milk semolina depend on the time and temperature conditions that are to achieve the best quality should be carefully monitored.

After drying the moisture content of the chocolate-milk Krupka is less than 1%. The dried milk chocolate nibs are ground using gear rolls, and in this state it can be stored in bags or barrels.

We describe traditional chocolate grits dairy production method using a vacuum oven, but there are various production technology, where all operations are performed automatically and continuously.

From a technical point of view, the most difficult part of this process - a continuous vacuum drying and, therefore, the development of taste and aromatic properties in batch technology. Formation of the transition from batch to continuous processing proper taste / flavor is a problem faced by all food industry workers. Unfortunately, in the pursuit of automation in order to reduce costs, it is often ignored.

Since the first edition of this book, new methods of continuous production of chocolate and milk semolina.

After concentration using a milk multihull evaporators condensed milk and sugar is metered into the continuous concentrator. The sweetened condensed milk is added by metered quantity of cocoa liquor and fed to a continuous kneader, where the sugar crystallization. Once it gets into the chocolate mass drum dryer with integrated vacuum chamber. Caramelization and final drying is carried out in a drying tower.

Technology proposed in collaboration with a Chicago firm Green Company, Allows the production of chocolate-milk grits without the use of vacuum. Sweetened condensed milk, obtained by one of the recognized technologies, or similar, reconstituted from milk powder, is mixed with cocoa grated, adding sugar and water if necessary. The resulting mass is passed through a special heat exchanger, where the solids content increases from 70 to 95-96%. Simultaneously, processes of caramelization and the formation of taste aromatic properties take place. After thickening, the concentrated mass is loaded into the crystallizer, in which the amorphous mass is rapidly converted into grits with fine sugar crystals. In comparison with vacuum technologies, such equipment has several advantages:

Product residence time in the evaporator is 2-5 min depending on the desired degree of caramelization;

It facilitates the control of sanitary and hygienic state of the installation.

The figure shows the experimental setup of the sample schema used in the experimental work. This technology is applicable to the production of chocolate and the dairy grit for different formulations, including white and lactic grits (without cocoa).

Storage of chocolate-milk grits. Chocolate-milk grains are available on the market and in the form of coarse powder. For transportation and storage in an uncontrolled gas environment, bags with polyethylene gaskets should be used. When stored in silos or barrels, grits should be stored in lumpy form with low dust content. Currently, silos and towers with a capacity of 400-500 are used, and in high structures the powder is compacted by gravity. In storage tanks in the grits, a low moisture content remains for a long time, which remains at a satisfactory level for 6-9 months.

Sacks with polyethylene liners allow you to store milk chocolate crumbles under an unregulated gas environment to 6 months. But without pads it easily absorbs moisture. When the moisture content in the chocolate-milk Krupka 2,5-3,0% of its taste and aromatic properties rapidly deteriorate.

Subject to these conditions milk chocolate nibs kept better than the CMS, allowing producers in periods of high revenue milk can accumulate its stocks.

Composition and microbiological parameters. A typical composition of chocolate-milk grains produced in the UK and Ireland is given below:

In the analysis of breast grits following values ​​were obtained:

One can cite the composition and other vidovshokoladno - Breast semolina.

Chocolate milk semolina with a reduced content of milk solids:

White milk grit - a product derived from milk and sugar without cocoa. It is used for the manufacture of white chocolate or milk chocolate as an ingredient when the manufacturer can choose the type of cocoa beans or cocoa liquor.

Salmonella is absent in 100 g

Staphylococcus aureus is not present in 1 г 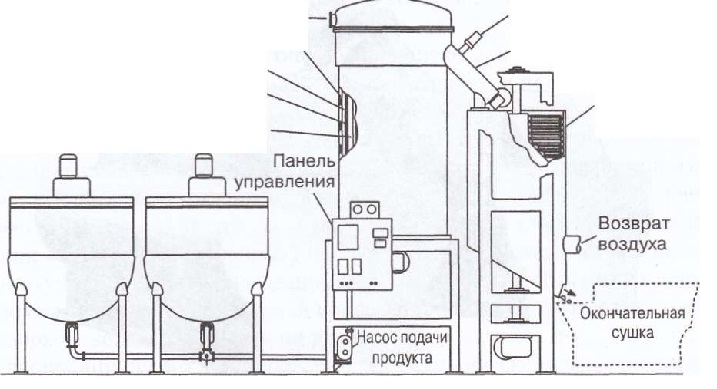