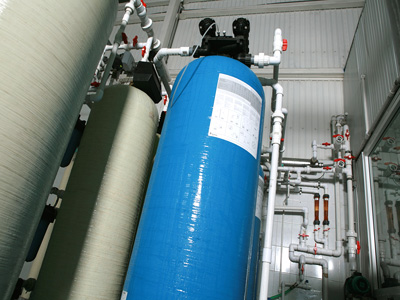 Substances establishing and maintaining the food product in a certain pH.

Addition of acid lowers the pH of the product increases alkaline additive, and the additive materials of buffer maintains the pH at a particular level. Components of the buffer mixture are in a state of chemical equilibrium. The pH of the system changes only slightly upon concentration, dilution and introduction of relatively small quantities of substances that interact with one component of the buffer system.

Lowering the pH of the food system in extending the shelf life of foods, as it creates unfavorable conditions for microbial growth, and enhances the action of preservatives.

Substances which release gas, usually carbon dioxide and thereby increase the volume of the test product. They are added to the flour or dough.

The formation of carbon dioxide is possible as a result of the life of the yeast (biologically) or as a result of chemical transformations. Chemical disintegrants, unlike yeast, work in a test with a high content of fat, sugar and even nuts and raisins and do not require, like yeast, to maintain a certain temperature, a long fermentation time and maintain a certain temperature of the dough. Carbon dioxide should be released already at a temperature below 100 ° C (40-60 ° C), before the gluten will lose its extensibility and the dough will begin to solidify. Compliance with this condition affects the porosity of the crumb and the quality of the baking.

It is necessary to distinguish between individual baking powder and baking powder mixed. Individual disintegrating agents are chemical compounds that form when heated to the required carbon dioxide dough maturation: carbonates and bicarbonates of sodium and potassium, ugleammoniynaya salt, ammonium carbonate. Loosening test chemical leavening agent occurs during baking dough. When the temperature reached 60 ° C ammonium carbonate decomposes according to the reaction:

This releases 82% carbon dioxide and ammonia (gaseous) and about 18% water vapor. Ugleammoniynye salt GOST 9325-79 - the most popular chemical leavening agent in the Russian confectionery industry, is mainly ammonium bicarbonate. Upon decomposition it forms the same substance but in smaller quantities:

When to replace the carbonate ugleammoniynoy ammonium salts it should take about 30% less.

Products loosened ugleammoniynoy salt immediately after baking may be the smell of ammonia. The larger the product, the longer it lasts. Therefore, large confectionery ugleammoniynoy loosen the mixture of salt and baking soda. Sodium bicarbonate at 80-90 ° C decomposes according to the reaction:

Ammonia by the decomposition of soda is not formed, but the resulting sodium carbonate (63% by weight of hydrogen) alkaline products. This promotes reaction and caramelization sugars melanoidin, resulting in surface coloring products amplified with soda, the dough becomes yellow.

Baking powders consist of three or more substances, one of which is a carrier of carbon dioxide, one or more of the first to react with the evolution of gas, the third - separator - prevents premature interaction. Under the influence of moisture and heat baking powder by chemical reaction required for maturation allocates dough specific volume and increased carbon dioxide, for example, by the following reaction between digidroPiro- phosphate and sodium bicarbonate (baking soda):

The carrier of carbon dioxide in baking powders is almost always sodium bicarbonate (baking soda). For its decomposition, organic food acids are used, for example, tartaric or adipic, glucono-delta-lactone or acid salts, for example, tartaric acid, acid ortho- or pyrophosphates, and aluminum sulfate. In baking powder for the household, tartar and acidic sodium diphosphate are usually used. Starches, flour or calcium salts are most often used as separators: carbonate, tricalcium phosphate and sulfate. Fine grained starch (rice or corn) is preferable to coarse (wheat) starch. Sometimes baking powder is flavored with vanillin or ethyl-vanillin. Baking powders are also called alkaline-acidic or alkaline-baking powders. Bakery powders have not yet acquired a wide popularity in the Russian confectionery industry, apparently due to the fact that the products obtained with them to taste and aroma differ significantly from traditional ones.

Substances that make it easier, safer and more effective process of making prescription components in the product, as well as protecting and stabilizing these components are known as carriers, diluents or solvents. Sami carriers, solvents and thinners not perform any technological function in blown into the potash.

The use as separators starches, flour, calcium salts, silicates, vegetable oils, fats and waxes, and the emulsion consisting of water, fat and an emulsifier. Separators may also be used in the form of suspensions, sprays, pastes and powders. Separators applied to the surface by spraying or brushing.

Gaza, embossing food from a container (container with spray cans, storage tanks or for bulk goods). Propellants entering with the product in such intimate contact that are generally regarded as nutritional supplements, although they are not a component of the food product. The exception is the whipped cream from a container.

The small containers are used gases liquefy at low pressure. These cans of extruded product in the form of foam or spray. There are also dual-chamber device, in which the propellant is not in contact with the food product.

The gas used to extrude product from the containers, should not contain oil, dust, fungal spores and moisture.