Перейти к содержимому
Lipstick and cream. Fondant and cream mass is a pasty, easily melting sugar mass in the mouth. They consist of boiled and strongly cooled sugar solution, to which molasses, some acid, and also other inverting agents are most often added. Thanks to a special treatment, the mass acquires a structure in which sugar crystals are not felt on the tongue.
The difference between fondant and cream mass is in the content of molasses and moisture: in the first the number of molasses is on average 15%, in the second - 25%; in fresh lipstick, the humidity reaches a maximum of 12%, in a cream - 20%.
Both products can be flavored and slightly tint.
The concentration of syrup and temperature of cooking are determined by the consistency of fondant and cream masses. Invert sugar can be used instead of molasses. It is equivalent to molasses, especially the highly sugared Extra molasses. With the direct inversion of sugar, i.e., adding acid directly into the sugar solution intended for fondant, and when cooking them, remember that large fluctuations in texture are possible. In this case, the mass consists not only of sugar and molasses, but also of sucrose and invert sugar (glucose and fructose). The moisture content of the resulting product is determined by the cooking temperature.
From moisture, as already mentioned, it depends on the consistency and creamy fondant mass.
When you add more syrup turns soft fondant, smaller - hard.
Fondant and cream masses form the basis for the preparation of most toppings for chocolates. It would be wrong to think that the fondant is used only for the production of lipstick, or also for coded (saccharified) and glazed candy cases - it is also used for making semi-liquid fillings.
Taste and consistency are of decisive importance in the preparation of chocolate enclosures. The consistency is determined by the following requirements: the body must be soft with good taste. This is achieved by constant adherence to the technological regime. With the continuous preparation of creamy bodies that are cast into powder, care must be taken that the products are taken out of the powder and released from it without damage.
If it is desirable, for example, to get cream hulls with a high content of fruit additives, it must be borne in mind that these hulls will be softer than the corresponding hulls without a fruit additive.
For this purpose, a fondant, not creamy mass. Therefore, the composition of the body determines the properties of the bulk - cream or fondant.
Preparation fondant. Fondant and creamy masses are prepared to install Fondant continuous (Fig. 138). 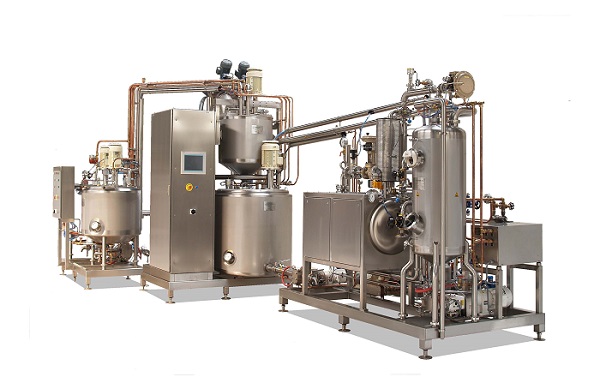 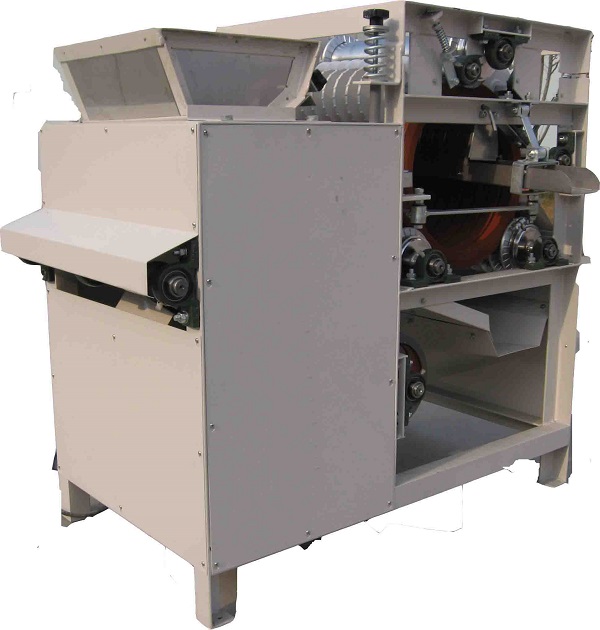 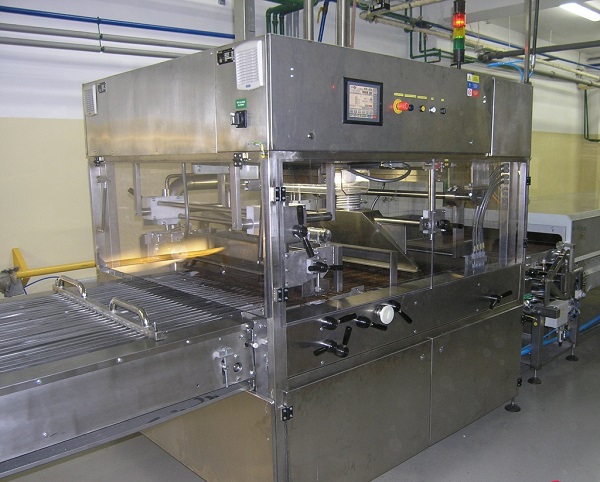 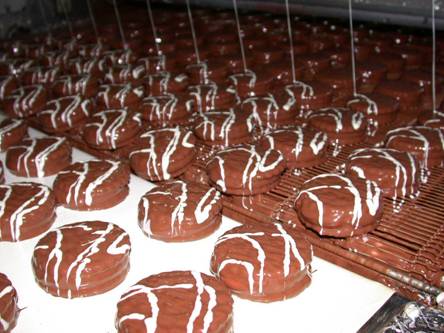