Cooling machine KOM-2 (Fig. 5.6) consists of a hopper 3, rotating drum cooling and 5 6, 7 inclined cooling plate, and metering 8 9 the crystalline acid, essences and food dyes wraps grooves 10, tyanulnyh zubchatok 11. The 5, 6 drums and the 7 plate are hollow and are continuously cooled with running water at a temperature of 12 ... 18 ° C supplied from the water mains. The drive of the working parts of the machine is carried out from the 1 electric motor through the 2 gearbox and a system of gear and chain transmissions.

The caramel mass boiled down to the moisture content 1,5 ... 3% comes from the vacuum apparatus to the receiving funnel 5, passes between the rotating cooling drums 5 and 6 and continuously moves in the form of a calibrated ribbon with a thickness 4 ... 5 mm 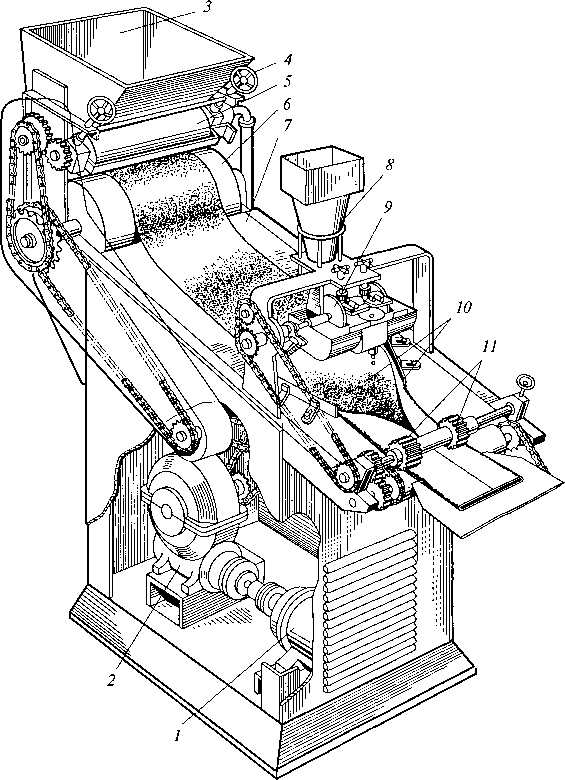 and 400 width ... 500 mm along the inclined 7 cooling plate. During the passage along the surface of the lower cooling drum, a crust forms on the caramel mass tape, preventing sticking and facilitating the best movement of the caramel tape on the inclined 7 cooling plate installed at an angle 12 ° 30 /. At this angle of inclination, the mass slides along the slab at a constant uniform speed. The clearance between the 5 and 6 drums is controlled by the 4 handwheel.

Above the 7 stove, 8 and 9 dispensers are installed in front of the wrapping grooves, from which crystalline citric acid, dyes and essence are continuously fed to the surface of the caramel ribbon in certain ratios. The supply of flavoring and coloring additives is regulated depending on the type of caramel and machine performance.

At the bottom of the cooling plate, the caramel tape passes between the 10 grooves (guides), wrapping the edges of the ribbon, cooled up, with additives inside. Then the mass enters the underside of the 11 serrations, which support the uniform movement of the tape on the slab and partially crush it.

The caramel belt passes through the cooling machine for approximately 20 s and cools during this time from 125 ... 130 to 90 ... 95 ° C. The final temperature of the mass is controlled by changing the supply of cooling water and the thickness of the mass layer.

To increase the heat transfer coefficient, it is advisable to periodically pickle the internal cavities of the rolls and the 10% sodium hydroxide plate (NaOH).

For introduction into the caramel mass of acid, dyes and essences, the machine is equipped with dosing devices.

Performance of the cooling machine P0 (kg / h) is determined by the formula:

Water consumption (kg / s) consumed for cooling is determined by the formula:

Pulling machines are designed for pulling caramel mass, mixing it with coloring and flavoring substances and saturation with air. In semi-mechanized caramel production lines in the manufacture of caramel with an opaque shell, periodic-action machines are used, which are installed between the steam tables and the caramel-brocade machine.

In mechanized production lines for the production of caramel, continuous pulling machines are used.

In the continuous machine K-4 with the planetary movement of the fingers, the combined process of advancing and pulling the caramel mass on the inclined planetary moving fingers and its mechanized unloading with a slot puller are carried out.

The main working elements of the K-4 pulling machine (fig. 5.7) are the moving fingers 75, fixed on the rotating double-sided lever 72, and the fixed pin 16, mounted on the 19 bracket. The fixed and moving fingers are protected by the 18 cover.

The movement of the working bodies is transmitted from the 7 electric motor by the 2 V-belt transmission to the 3 drive shaft, then through the system of spur gears. 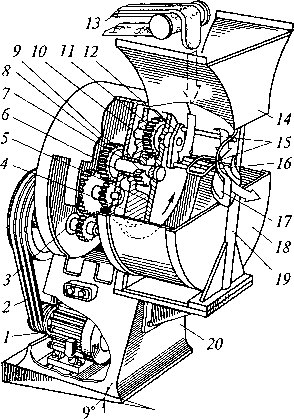 the 6 shaft and the two shoulders 12 lever, on which the 15 moving fingers are rigidly fixed.

The two shoulders 12 lever rotates around the axis of the intermediate shaft 10 and the shaft 6; The 5 disc with the 4 counterweight is a leash for the 17 gear. When the driver rotates, this gear wheel rolls along the fixed gear 9, which sits on the fixedly attached 8 bushing, which is attached to the body of the machine with the 7 key. Caramel mass is processed by repeated stretching and folding. The double-arm 12 lever with moving fingers makes a planetary motion around the fixed axis of the 8 sleeve.

To ensure the continuity of the stretching and folding of the mass, the 20 machine body and working fingers are located at an angle 9 ° to the horizon. Caramel mass is continuously unloaded

The caramel mass of the 13 belt conveyor is continuously fed into the 14 collection, and then onto the receiving frame of the fixed 16 finger. With alternate folding and stretching, the caramel mass is saturated with air, forming the finest parallel capillaries in it. Gradually, the mass density decreases, the mass loses its transparency and acquires a brilliant silky appearance.

When stretching and folding the caramel mass on the inclined fingers, the mass gradually moves in the axial direction along the fingers. In the wall of the unloading puller 17 there is a slot through which one of the moving fingers carries the caramel mass into the puller cavity and simultaneously displaces the processed mass onto a conveyor belt, continuously transferring the mass to the caramel-crushing machine.

Duration of caramel mass treatment on the machine 1,5 ... 2 min.

The equipment for molding harness of caramel mass

Equipment for forming a harness from caramel mass. Forming of caramel and other confectionery (for example, toffee) is preceded by the preparation of tow and plastic mass. At the same time, depending on the range of products, the harness is prepared with a vein of filling inside or without filling.

By running in the moldable mass, they first give the shape of a conical loaf, which is then drawn out, calibrated into a bundle of the required diameter and fed to the molding of products.

For the preparation of harnesses of caramel and other masses, caramel-knitting machines are used, giving the mass the shape of a conical loaf with the help of rotating conical corrugated spindles, and harness-pulling-calibrating devices, pulling and calibrating from the caramel loaf with the desired dimensions using a system of rollers.

In fig. 5.8 shows a schematic diagram of the formation of harnesses from confectionery masses. A solid plait without filling inside (see fig. 5.8, a) is prepared by molding candy caramel or toffee varieties. In fig. 5.8, b shows the formation of a tow with thick nut-chocolate or soft filling inside, obtained from the so-called pie, which is cooked by hand with semi-mechanized production of caramel type
"Cancer neck", "Snowball", etc. 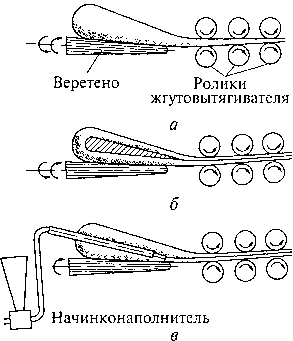 Fig. 5.8. The concept of formation of harnesses:

and - continuous plait without filling; b - harness with filling, obtained from the "pie"; in - a plait with a liquid filling

The formation of a harness with a mechanized feed inside of its liquid filling using a filling pump is shown in fig. 5.8, c.

The equipment for molding the harness includes: horizontal caramel-rolling machines with a filling machine (for caramel with filling) or without it (for candy caramel and toffee); tows for pulling and calibrating the harness from the loaf, etc.

The KPM horizontal caramel locking machine is intended for running the caramel loaf and giving it a cone shape; It is installed between the pulling machine and the harness.

Rotation in one direction is attached to the spindles, usually in the manufacture of mass varieties of caramel in the event that the caramel loaf is molded directly in the sanding machine and the filling is introduced into the loaf using a filling machine.

Rotation with reversing is attached to the spindles when the loaf with the filling in the form of a “cake” is prepared separately and is placed manually on the spindle of the machine.

To change the direction of rotation of the spindles, the reversing of the electric motor is applied.

Caramel mass during rotation of the spindles takes the form of a cone, the axis of which has a slope to the point of exit of the harness. The slope can be varied by lifting the left side of the body with a screw and a handwheel. Spindles receive movement from the drive through the gearbox, the vertical shaft, bevel and cylindrical gears mounted on the spindle.

To prevent mass cooling during the run-in, the machine body is equipped with steam heating and a cover.

The drive of the spindles and the formation of a caramel cone is shown in fig. 5.9. The 14 spindle obtains a rotational movement. 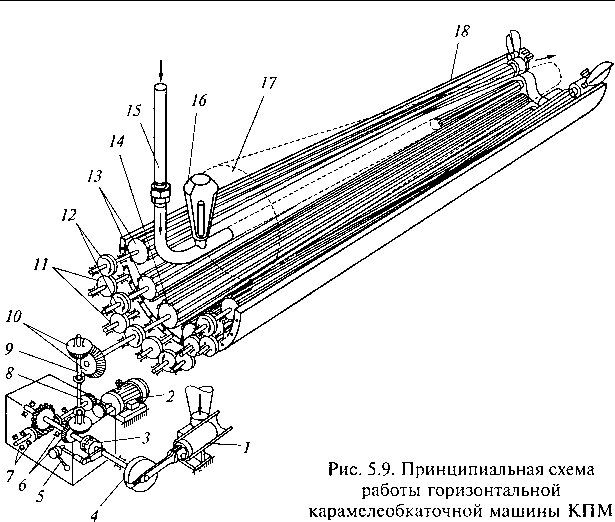 Figure 5.9. Schematic diagram of the work of the horizontal caramel-crushing machine KPM.

from the 2 motor through the 8 belt drive, the 7 worm gear, the 6 taper pair, the 9 vertical shaft, and the 10 taper pair. Through a system of gears consisting of intermediate ("parasitic") gears 11 and driven gears 72, two 13 spindles move. Similarly, from the 14 spindle, rotation is transmitted to other spindles. "Spurious" gears are needed in order to ensure the rotation of all spindles in one direction.

The spindles have a conical shape and are located in a trough-shaped vessel 18. When the spindles rotate, the caramel mass rolls around them and takes the form of a cone 17. So that the mass during the run-in does not move back to the base of the cone, there is a pear-shaped stop 16.

Inside the 17 cone, along its axis, lies the end of the 75 pipe, through which filling is fed from the filler. The filling filling is a 7 plunger pump, which is driven by a 2 crank from a common 4 electric motor. If necessary, using the 5 handle and the 3 coupling, the filling machine can be stopped without stopping the operation of the caramel machine.

The filling agent has a device for controlling the amount of filling to be supplied by changing the stroke of the plunger.

The filling machine is supplied by the manufacturer as a complete set with a caramel machine, as well as an independent replaceable unit. In addition to the plunger, there are gear stuffers, but they are less common. Horizontal crumbling breakers are also produced without a filler. They are supplied complete with molding-wrapping machines used for the production of candy wrapped caramel.

The performance of the caramel machine in continuous operation in the line Mon (kg / h) is determined by the formula:

and periodically acting when running caramel "cake" PP - according to the formula:

The conditional density of the harness is determined by the formula:

Zhhutovыtyahyvatel TM-1 (fig. 5.10, a) is intended for pulling the caramel loaf coming from the caramel machine into a bundle and calibrating it to the desired size before being fed to the molding; it is installed between caramel and caramel forming machines.

The harness consists of three pairs of vertically arranged calibrating rollers, which are mounted on the ends of the rollers on the outside of the 3 gearbox. To the cast iron racks 1 mounted box containing the transmission mechanism and the regulation mechanism. Using the adjustment mechanism, the distance between the centers of the last pair of rollers is changed depending on the required diameter of the tow.

Each pair of rollers has a different aperture and linear velocity, due to which the continuity of the flow and the uniform pulling of the rope and its calibration are achieved. In the intervals between the rollers, 5 guide trays are mounted (Fig. 5.10, b).

The rollers are rotated from the drive of the caramel-forming machine by means of a pulley or an 7 sprocket, a belt drive and a system of cylindrical gears b located in the gearbox 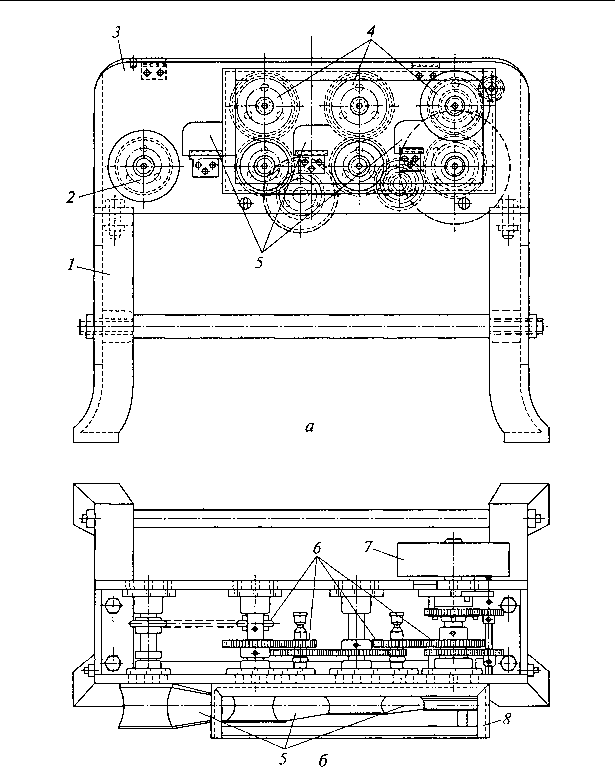 3 radishes. During operation, the rollers are closed with a removable 8 railing.

From the carameloobkatochatochnaya machine, the conical loaf of caramel mass in the form of a rope with a diameter of approximately 54 ... 60 mm is passed through the receiving 2 and the rollers calibrating 4 is gradually drawn out, reduced in diameter to the value required for the production of caramel of the specified grade, calibrated and fed to the caramel forming machine.